December 8, 2020, marked the 100th anniversary of women in Schoenstatt. This jubilee speaks to us of the value of Father Kentenich’s educational methods, which have been effective in the lives of many women over the course of the past century. The Schoenstatt Mothers and Married Women wanted to celebrate this anniversary with an event for the branch in the United States.

To prepare for the jubilee, a national team of women was formed. After much discussion, the committee decided on a motto for the celebration: “Woman touched by God, authentic reflection of Mary.”  The women in the team developed reflections on how Mary is our model of womanhood through her joy, her purity, and her openness to others. For the jubilee, each woman received a small paper crown to decorate with jewels representing the virtues of Mary that they tried to live. 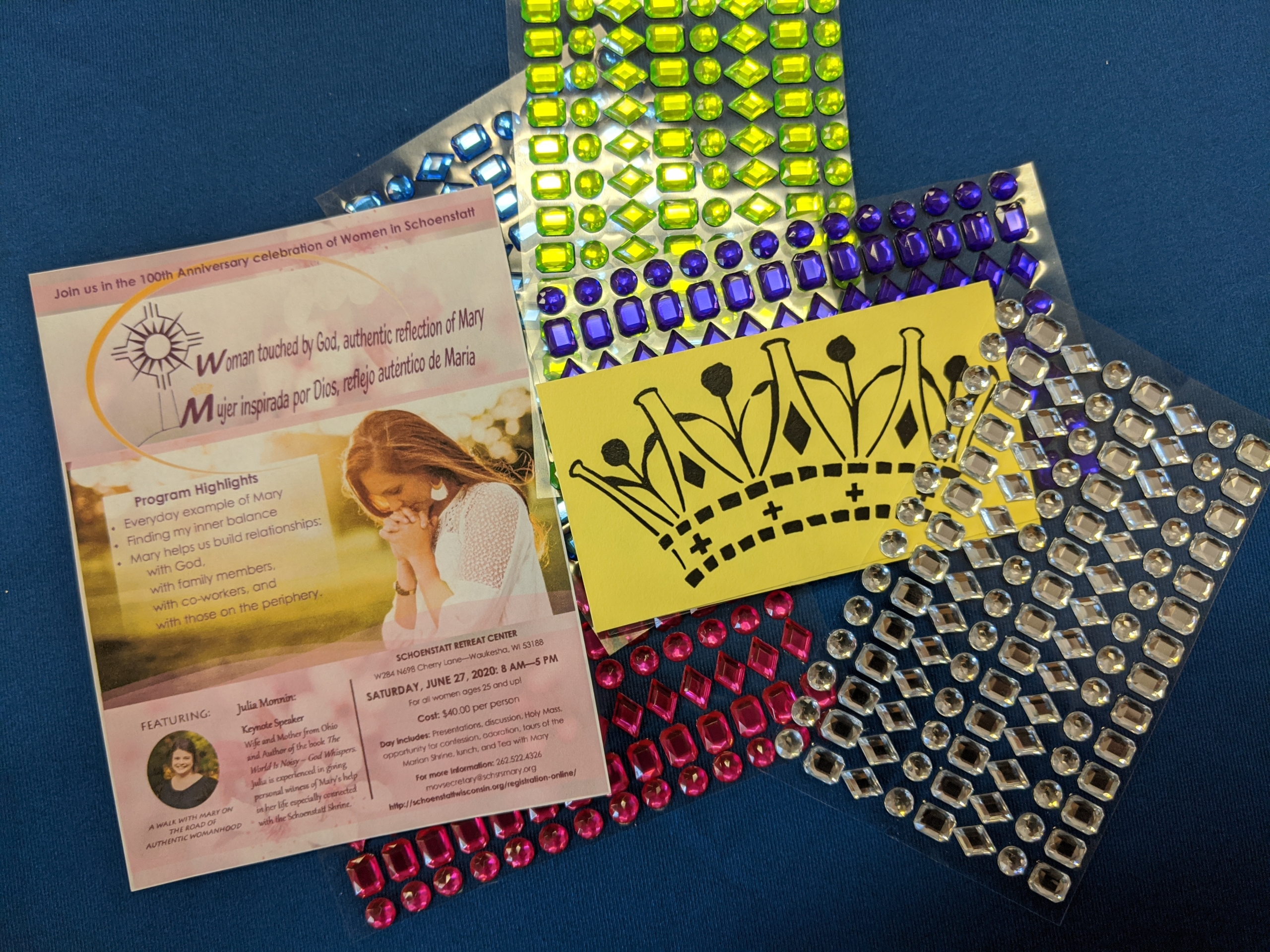 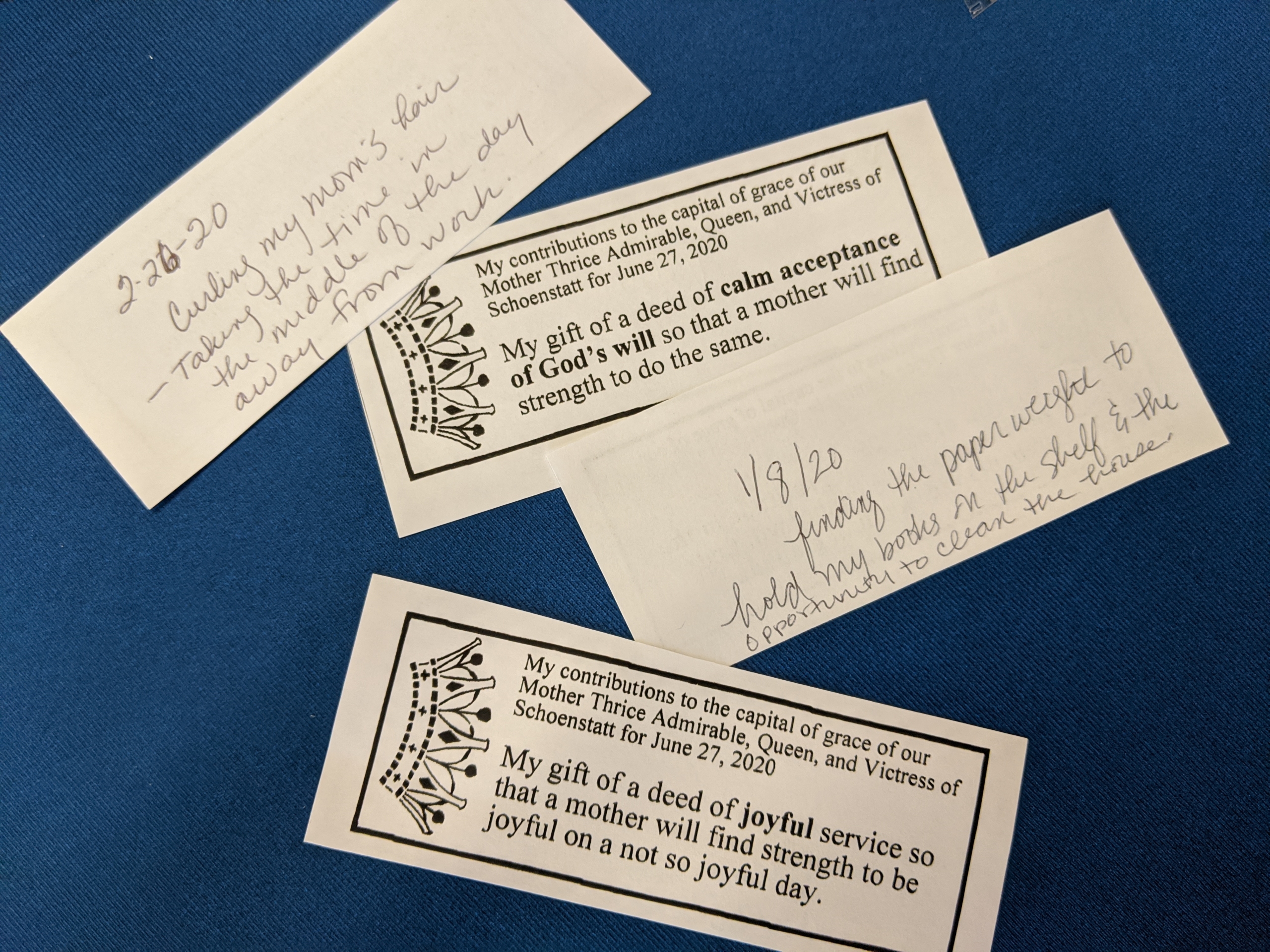 One mother finished decorating her crown during Lent and then used it to crown her MTA picture on April 15, when the International Schoenstatt Family crowned the Blessed Mother (https://schoenstatt.com/corona-mater-una-iniciativa-que-marco-a-schoenstatt-a-nivel-mundial/ ). Another group of mothers chose one virtue of Mary each month as their striving point to fill the capital of grace.

The symbol for the Schoenstatt Married Women and Mothers is the Living Monstrance. Father Kentenich gave the women this ideal and encouraged them to be Christ bearers, Christ bringers, and Christ servers. During this time of pandemic, this ideal became increasingly meaningful, as some women were called upon to be the Living Monstrance by taking care of more people at home during the lockdown, caring for elderly relatives, trying to balance work and family life all under one roof 24/7, etc. Many of the women find solace in adoration and have benefited from the online connections to the Schoenstatt Shrine that the Schoenstatt Sisters have been able to offer. 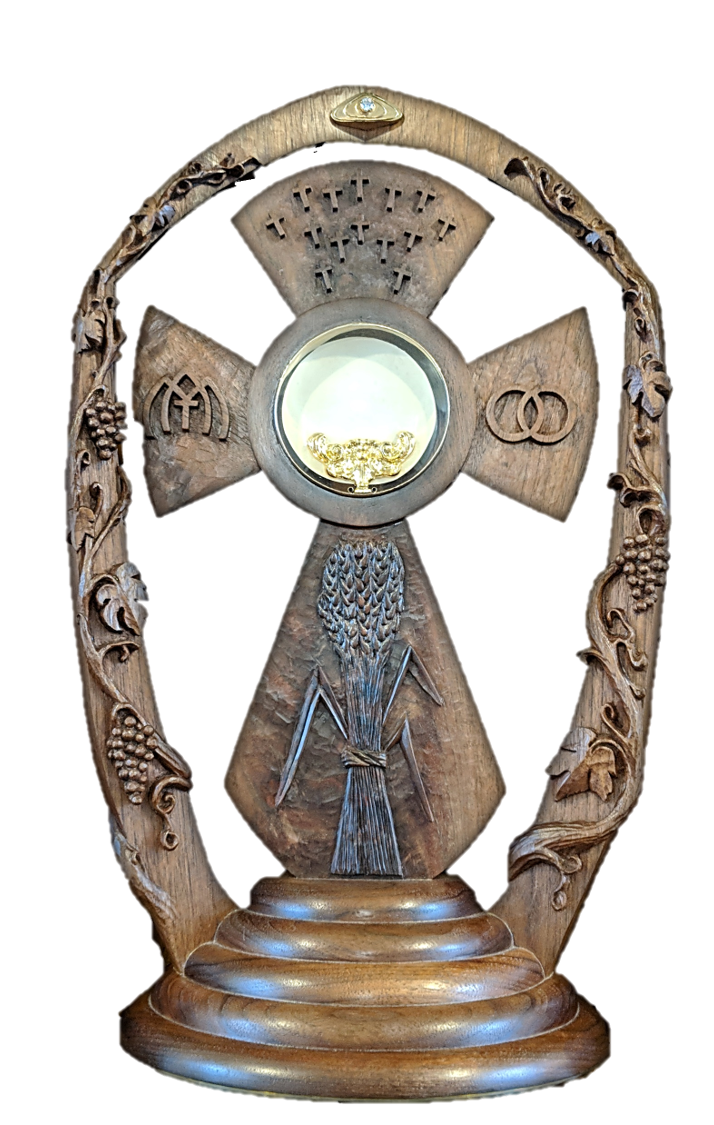 Because of the pandemic, the Schoenstatt Married Women and Mothers have held various online events as part of the preparation. These have been a good practice for the 100th anniversary day event, which is now planned for June 26, 2021, and which will most likely consist of a combination of in person and virtual encounters. What were some of these “preparatory encounters”?

Sisters and mothers alike are learning to use new virtual platforms so that in the second 100 years of women in Schoenstatt, we stay connected with the shrine. Through these efforts, our MTA wants to help form each one into a woman touched by God, an authentic reflection of Mary.

Mary is the Mother of God and it is her office, her role to give birth to Christ; it is her task to bring Christ. … It is her task to serve Christ; she revolved around him. For her it could not be any other way. (cf. J. Kentenich, Jan. 10, 1965, sermon to the German community at St. Michael’s, J. Niehaus in The Marian Person, 75.)

This article was originally published on https://schoenstattsistersofmary.us/