We Need a Spirituality of Resurrection 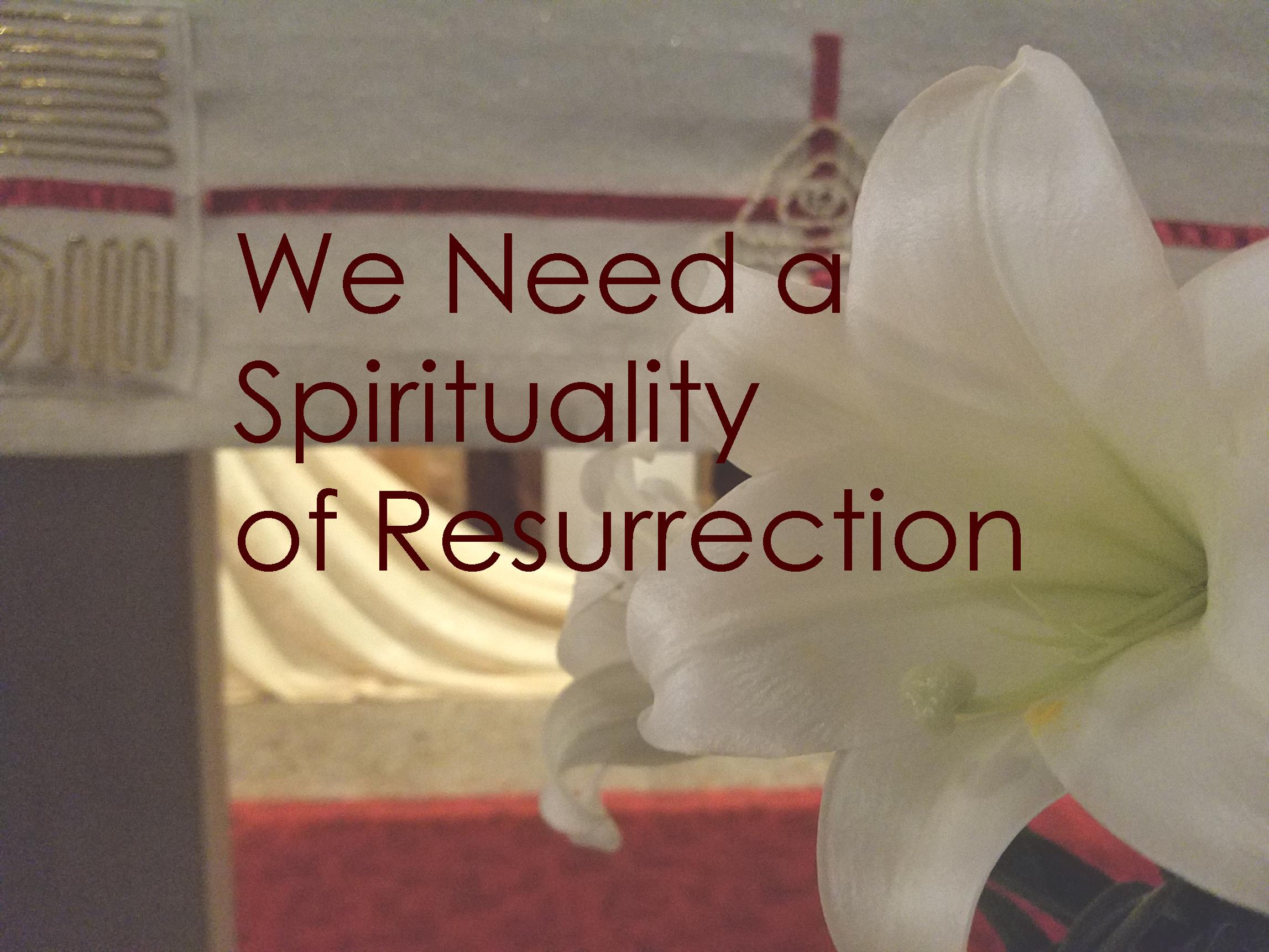 I can remember the time after the first world war. So much new life broke through in the Catholic world. Everywhere people asked – as did the religious: What is our special picture of Christ, one that is specific to our Order or community? There were above all three Orders that made their influence felt, that studied in order to be able to proclaim in public what their specific picture of Christ was like.

First of all, there was the Franciscan picture of Christ – it is the most popular one – the suffering and crucified Lord. You must admit, our feastday children have borrowed a great deal from it, although not consciously. The suffering and crucified Lord has been depicted with extraordinary clarity here. A very significant sign at a time when people are no longer prepared to suffer! And we embrace suffering. The grain of wheat has to be planted into the earth. This was the case with our Lord, and it has applied throughout the centuries where people have surrendered themselves completely to God. It is simply a fact that the picture of our suffering and dying Saviour has become the generally accepted picture of our people. We can understand this quite easily, because our poor people are a deeply suffering people. And when a people, a person, hangs on the cross in this way, only two things are possible – either to reject the cross or to embrace it. It is and remains true that also we virginal people may not flee the cross; we may not think that this doesn’t happen very often. We must embrace the cross.

Secondly, there were the Benedictines who came more strongly to the fore, especially because the Liturgical Movement was so well known. Their concept of our Lord is that of Christ the King who reigns and rules over the world. The Benedictine concept of Christ! Since then much has changed within the Catholic Church. Today, especially in relation to Easter, the Passover, people like to talk about sharing not just in the suffering, but also in the resurrection and transfiguration of our Lord. Christ the King! It is natural that we can see this picture of our Lord more clearly and at a greater depth than was possible before in Christendom. In the past people remained in an extraordinarily one-sided way with the suffering, dying and despised Saviour.

The Jesuits then opted for a middle way. They said: Our concept of our Lord is that of the suffering, battling Saviour on the way to victory. So, in a certain sense, they combined the two other pictures of our Lord.

Why do I say this? Because I want to point out that sooner or later we must also ask ourselves: What is our Schoenstatt picture of our Lord? Our feastday children gave a very clear and good answer yesterday evening and again today. Let me outline it briefly. I would have to say: It is the picture of our Lord in his fundamental relationship to the Father and in his fundamental relationship to his Blessed Mother. He wanted to be the only-begotten, faithful Child of the Father, a child therefore, the only-begotten Son of God, who always centres on God, the eternal, infinite Father.

This awakens many thoughts in you. Reflect on them. Cor unum in Patre. Do you now understand what that means? It is not by chance that the whole Family has taken its stand on this foundation. You see, my fundamental relationship to our Lord should be the fundamental relationship of Father and child. That is why we are told in the Gospel: “No one comes to the Father except through me” (Jn 14,6) the Son! What does that mean? By nature we have a spontaneous urge towards true childlikeness. (…)