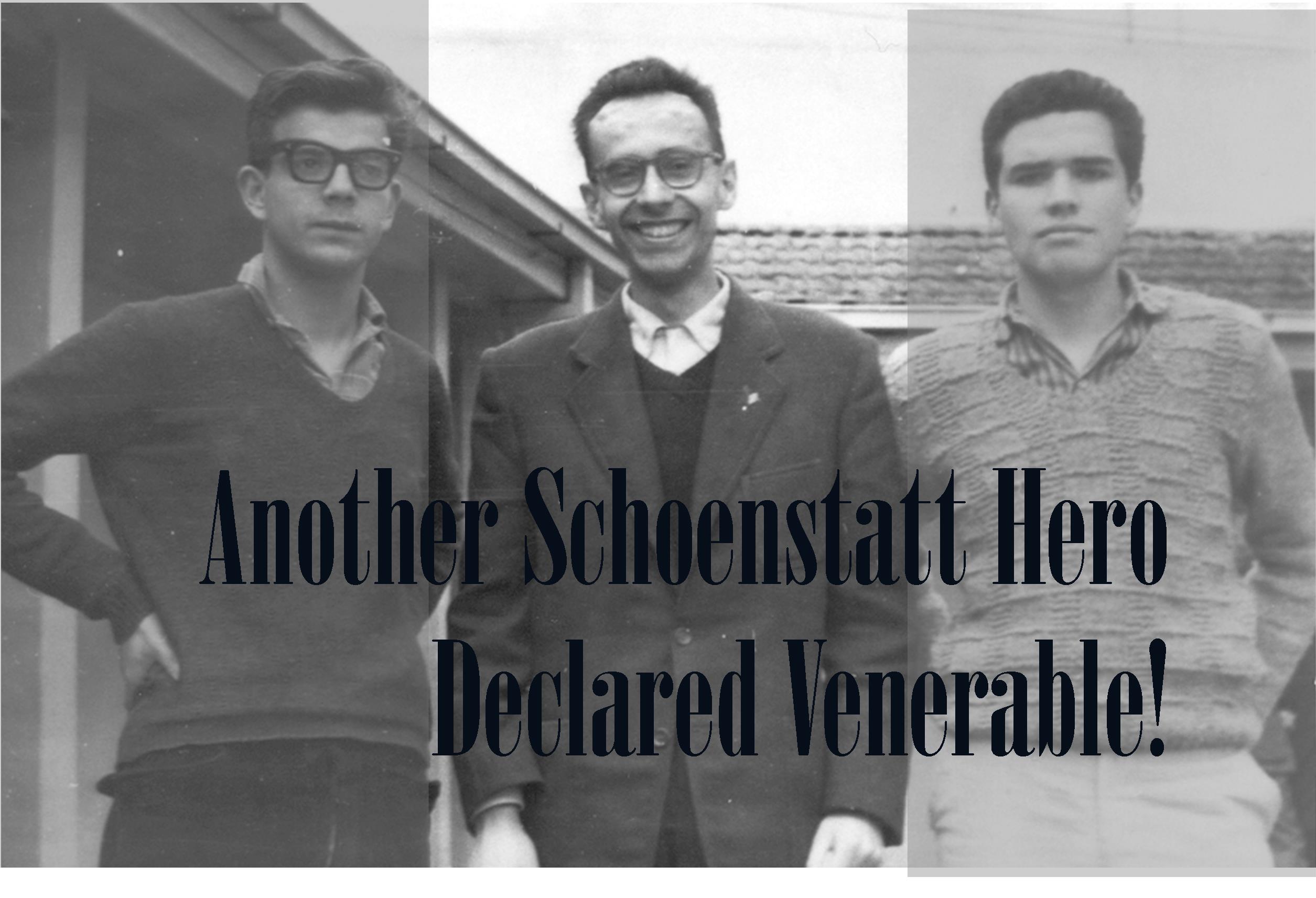 Mario found his way to the Schoenstatt Boys’ Youth in Santiago. He experienced Father Joseph Kentenich there in the years 1947-1952. However, that initially did not make a deeper impression on the rather phlegmatic boy. Mario expressed this freely in later years in a letter to Father Kentenich.

What he had taken in through lectures and retreats and in group work from the founder of Schoenstatt and his spirituality, initially rested like a seed in the earth, then unfolded slowly, invisibly, progressively. His broad horizon in thought, however, sought the divinely chosen path for his personal future. As a Christian civil engineer, he wanted to help shape the world. The ideal of “harmony of nature and grace” was the goal of his search for holiness in the midst of the world. “I want to be a personified encounter between heaven and earth!” Mario formulated.

After his diploma as an engineer and after an unrequited great love, his way became clearer and clearer. “Every day I understand more clearly that the only way in which I can fully find fulfillment is the total devotion to the supernatural world, the apostolate, and the commitment to the movement” (March 14,1955).

MARIO DID NOT TOLERATE HALF DECISIONS, NO COMPROMISE.

So he took the next step and decided as the first young man from Latin America for the community of Schoenstatt Brothers of Mary. In the shrine of Bellavista, Chile, he placed his dedication into the hands of the Blessed Mother in a consecration prayer.

He commented in his diary: “That’s why, Madrecita, I decided to come to you with a very simple prayer. The prayer of the life offering of Joseph Engling, with my personal ideal as the introduction, and as the closing, the sentence that Father Joseph Kentenich wrote for me on a picture of you when I asked him for his signature. If I do not remember wrongly, during his last stay in Chile, Pentecost 1952: ‘Ego crucifixus sum mundo, et mundo mihi crucifixus est. Mors sola!’” (I am crucified to the world and the world is crucified to me – death alone!) (1955).

During the three years of silence and formation at the shrine in Santa Maria, Brazil, he thoroughly worked through Schoenstatt’s spirituality and grew deep into the supernatural world. The formulation of his personal ideal was rounded off: “Like Mary, living chalice, bearer of Christ.”

In a detailed letter to the USA, he gave the founder an account of the path of his calling. He wrote of his reflections, beliefs, and plans. With the thoroughness of his analytical thinking, he had come to the conclusion: The complete surrender and dedication of his life in the virginal discipleship of Christ, like Mary, is the way to radically fulfill his mission as a layman to shape the world and for the community of the Schoenstatt Brothers of Mary in Latin America. He gave himself anew in a consecration to the Mother of God.

It was the tenth anniversary of May 31, 1949, which had become so important to Schoenstatt in his native Chile. In the Tabor Shrine of Santa Maria, Brazil, he asked the Blessed Mother in conscious reference to the consecration prayer of Joseph Engling: “Madrecita querida, I ask you, if it is in accord with your plans, do not give me the opportunity for material success in this world, not even in the service of your beloved family of the Brothers of Mary, but lead me to the perfect realization of my personal ideal in heaven to be a representative of our family there. … For all of these concerns, Madrecita mía, I ask you again, have complete control of my life and death, and if it is a little bit consistent with your plans, choose for me the latter…” (1959).

God took such an offer seriously.

In addition to his demanding professional work at the university, Mario put all his energy into the student and academic branches of the Schoenstatt Movement in Chile – regardless of his increasingly deteriorating health. His longing to be able to visit the Original Shrine in Schoenstatt came within reach in 1964, when he received permission to attend a time of formation in his community in Schoenstatt. On the way there he wanted to visit the founder in Milwaukee. For a long time he had studied German intensively so that an unhindered conversation would be possible.

After manifold difficulties, finally the departure was imminent. Despite major health problems that were finally diagnosed as a gastric tumor in Londrina, Brazil, Mario continued his trip to Milwaukee. He sensed that he would not have much time left. For the engineer, who had planned his own life, God now took the planning of his life into his own hands.

On May 29, Mario met Father Kentenich there for the first time. Two days later he had a long conversation with the founder and in the following days a few shorter encounters. On May 31, it was five years since his consecration to the Blessed Mother. At that time he had noted in the diary in preparation:

“Covenant of love with the father of the family. And now, when the 31st of May is approaching, I think that this must be expressed day after day in this covenant with the father and founder: ‘Let us go to Milwaukee and give our lives for him.’” (1959).

“Since my youth I have the desire to die at the same age as Christ was when he died.”

This request was now to be fulfilled literally. Mario went to the hospital for surgery. He could no longer be helped, and the Blessed Mother accepted his offer. Mario reacted very calmly to this message of his condition and said with a smile, “Interesting, interesting… Since my youth I have had the wish to die at the age that Christ died.” Mario was just a few days before his 33rd birthday.

On July 14, Father Kentenich visited him unexpectedly in the hospital, where they could talk alone for some time. That was an overwhelming joy for Mario. Father Kentenich, too, was quite moved by this visit and repeated several times that there is something great about a person who lives his total devotion so consciously, so gladly, so completely like Mario. “To live belongs talent, to die, grace,” he added. From the conversation with his spiritual father, Mario took up the suggestion to sacrifice his life for three intentions: that Schoenstatt would become the heart of the Church, the Sisters of Mary the heart of the women’s movement, and the Brothers of Mary the heart of the men’s movement. The following day, July 15, 1964, Mario died and was first buried in the cemetery in Milwaukee.

In the following period, Father Kentenich often brought visitors to this cemetery and remarked:

“Do you want to see the grave of a saint?”

Today, this grave is located behind the shrine of Bellavista, Chile, as Mario had requested from the Blessed Mother years before.

Brother Mario also consciously offered his life that our Schoenstatt Center and Shrine would become an international Center where the Blessed Mother would educate Schoenstatt children from all over the world, but especially from North and South America. He died the night before the first excavations were made for our shrine here at the International Schoenstatt Center. For this reason one of the crosses on our Joseph Engling Memorial  is in his honor and the other is for Gilbert Schimmel.