Unite all minds in truth and all hearts in love… 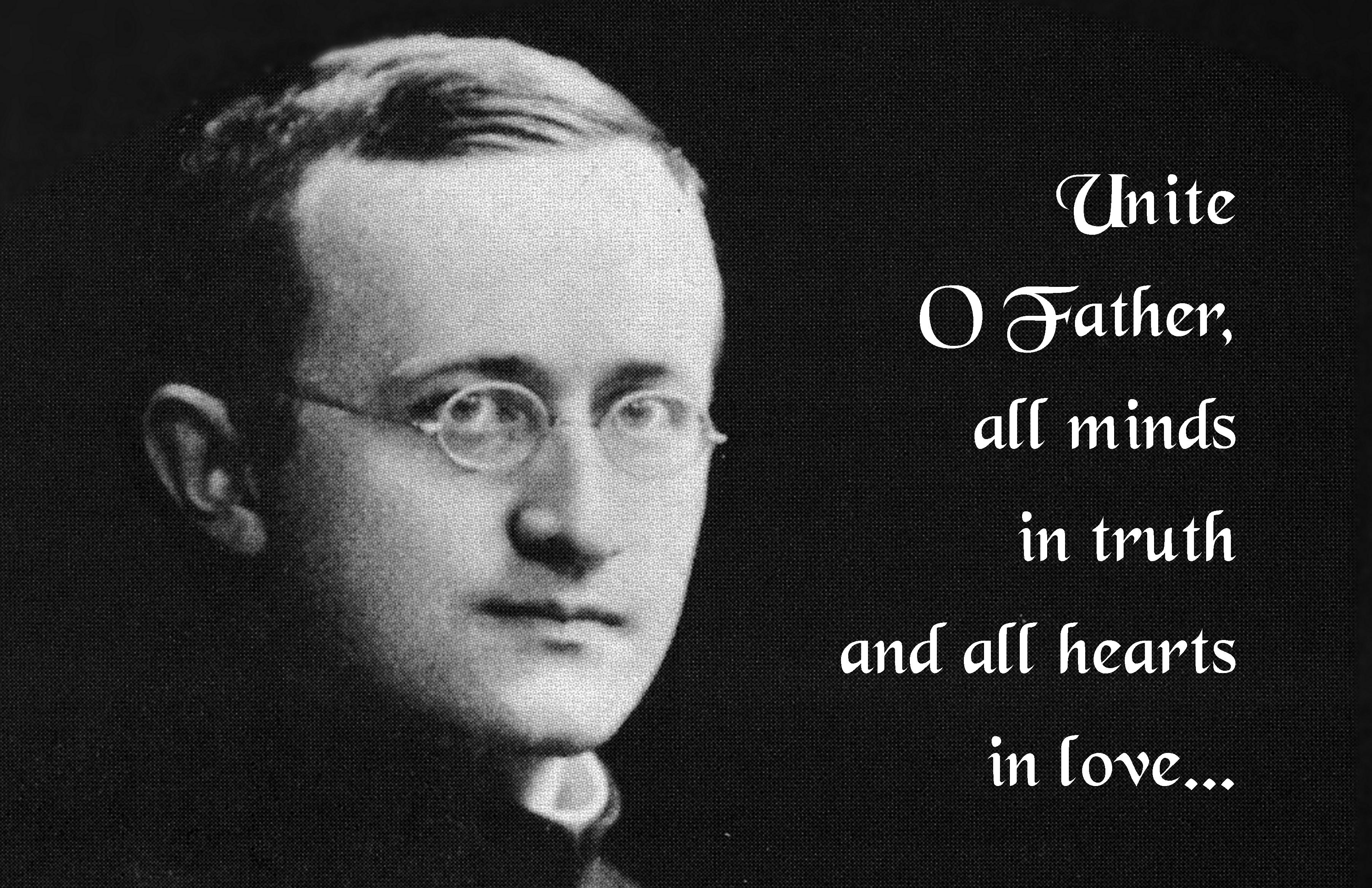 On July 8, 1910, Father Joseph Kentenich was ordained a priest in Limburg. From childhood on he had anticipated this day. He celebrated his first Holy Mass on July 10, in the same house chapel where his ordination took place, the Mission House of the Pallottines in Limburg.

The motto written on his ordination card read: Unite

Truth and love were two basic values he struggled with during his years of formation. They also became basic principles for his priestly activity and later on for his foundation.