Johann Mathias Gerhard Minten was born on November 22, 1928 in Klein-Kevelaer, Germany. He died on Saturday, May 15, at 4:00 AM, accompanied by his God-daughter Aruna Halala.

Johannes, as he was affectionately called here in the United States was born in Germany. His parents, Peter Hubert Minten, a Dutch citizen from the Netherlands, now Holland, and his mother Mechtilde Heuvens met in Kevelaer, Germany, where his mother lived. They married and had little Johann. In 1936, his mother inherited a parcel of the farm in Kevelaer and the family moved there. Already in 1935, Johann went to elementary school in Twisteden, a small town near Kevelaer. In 1943, when he was 14 years old, a stain-glass window company came to the town to scout for young men to be trained and learn the skills for making stain-glass windows. Much to his pride, when he spoke about this, he would say: “Johann was chosen!”

From 1945 – 1953 Johann worked for the Derix Company in Kevelaer, making stain-glass windows. Between 1944-45, he was drafted to help build trenches for the war. Luckily, the war soon came to an end and he did not have to continue that task. Being spared of the army enrollment, he was able to spend more time in the shop and learn the trade very well. In hindsight, he was grateful for this. The time after the war opened new doors for Johann. In 1947-49, he was sent to Krefeld, the city of silk, to the “Werkkunstschule” to study design and learn skills in paramentic work, stain-glass window, and mosaic. Paramentics is generally understood as the creation of works involving Christian artsymbols. 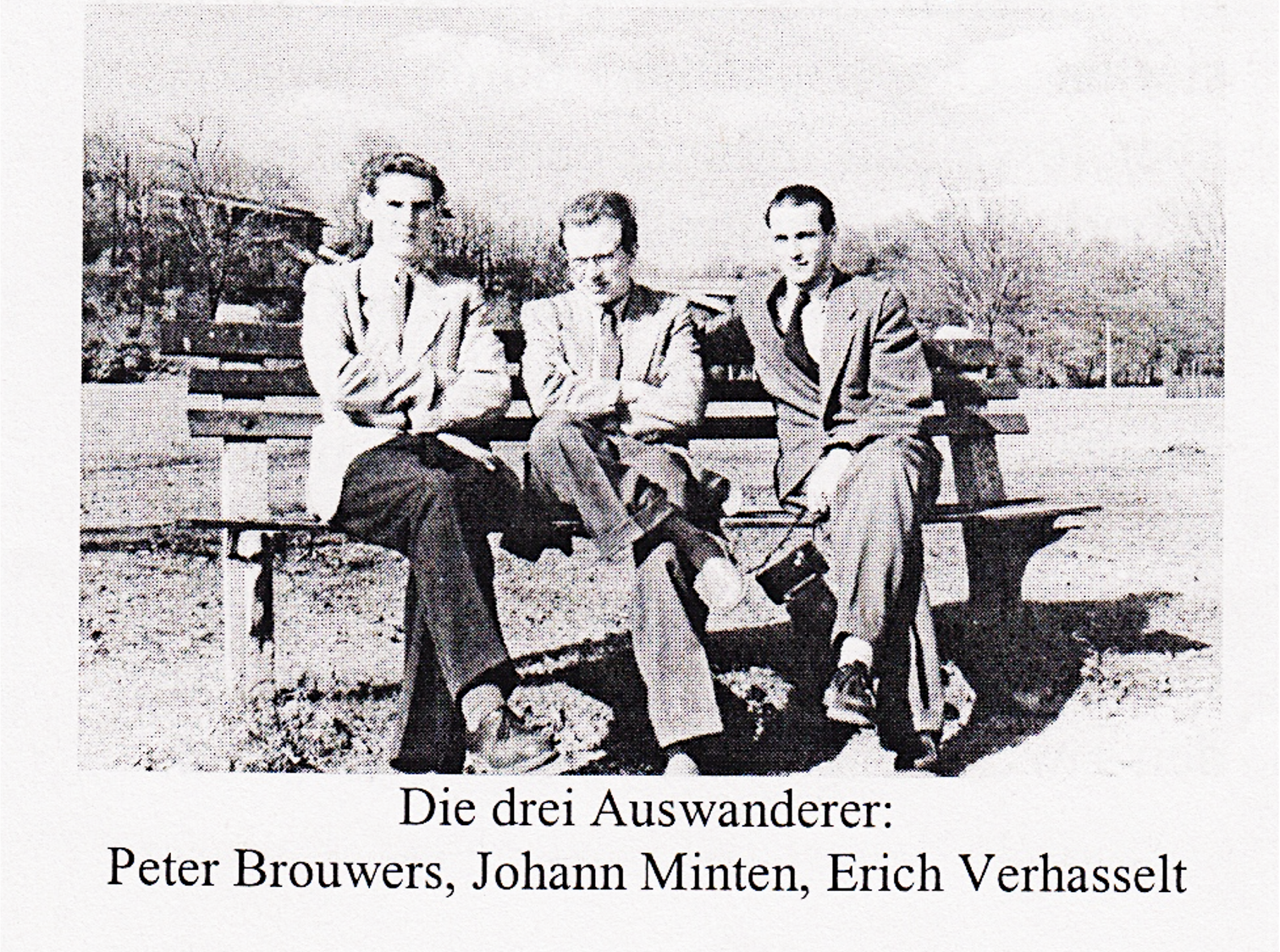 The T.C. Esser Company of Milwaukee would often have windows made in Germany and brought to the USA to be installed here. In 1953, the company requested materials from the USA. In the end, they decided to send three men to Milwaukee to start making stain-glass windows in the USA. Once again, Johann was chosen. He was one of the men hired by the Esser company. At that time, he was 24 years old. Erich Verhasselt, Paul Brouwers, and Johann Minten ventured to come to Milwaukee towards the end of 1953.

When Father August Hegenkoetter, his pastor in Twisteden knew that he was coming to Milwaukee, he asked him to find a priest that he knew from years past, Father Joseph Kentenich. Peter Brouwers, one of the three men hired by T.C. Esser was the son of Father August’s parish custodian. Through him, Father August would continue to request that they find Father Kentenich and to send photos of him back to Twisteden.

However, in view of their desired encounter with Father Kentenich, the three men didn’t bring along with them any detailed information—only the name of Father Joseph Kentenich. They didn’t have a street address or phone number with them or any other orientation.

Peter found Father Kentenich. Johannes, the name as we have known Johann among the Schoenstatt Family here in the United States, didn’t remember exactly how it happened because Peter would work in the stain glass window shop during the day and do designs and illustrations for stories in the evenings. “Most likely,” Johannes commented, “in 1954 we met Father. We were supposed to take pictures and send them to Germany. All the photos I took I sent to the pastor, along with the film and copies. Sometimes I sent one or the other copy to my family, too.”

In 1958, Johannes went back to Germany. He built a house in 1960 in Puchheim after living in several places during that period of time. In 1966, he returned to Milwaukee to continue working with the T.C. Esser Company. Later on, this company was sold and it became Oakbrook-Esser Company. This company is still active to this day.[1]

Johannes retired from his work ca. 2015, after making a stain glass window for a Protestant Church and another large one for an Armenian Church. Upon retirement, he completed 70 years making stain glass windows and many other works of art. Much of the graphics and art work that we tend to use in our Schoenstatt publications comes from Johannes’ hands. A number of our shrines and chapels in the USA and in Puerto Rico display his work—where the light of heaven shines through them now. 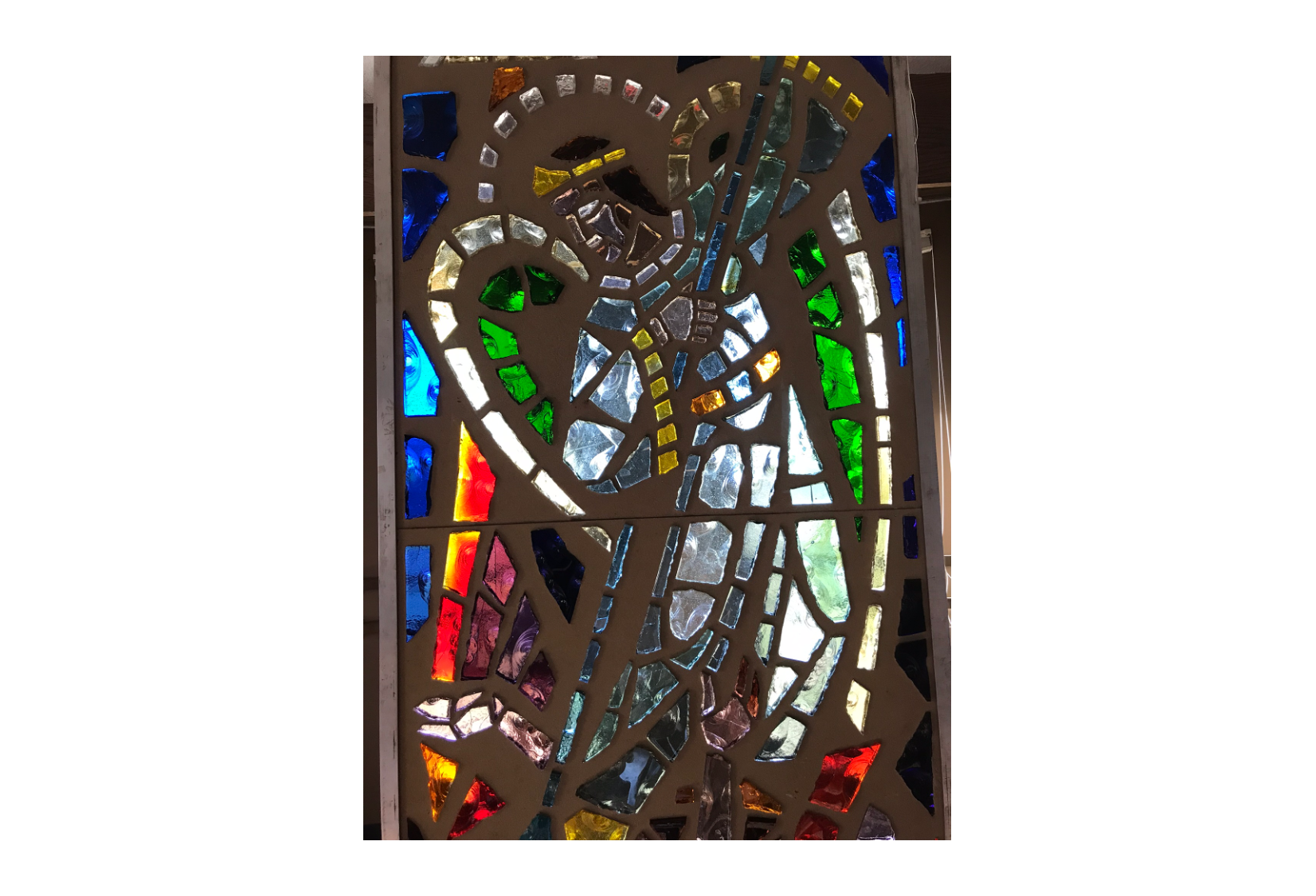 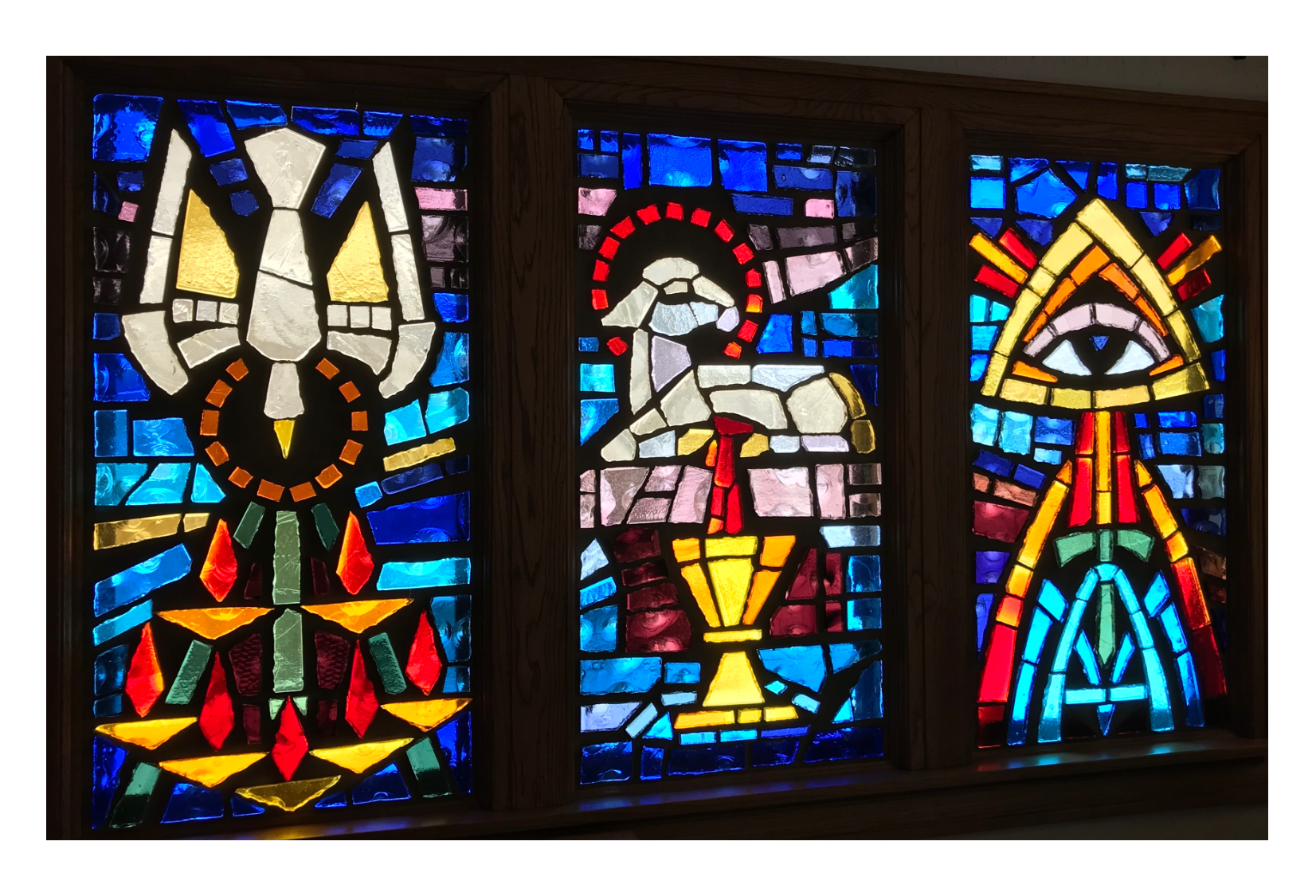 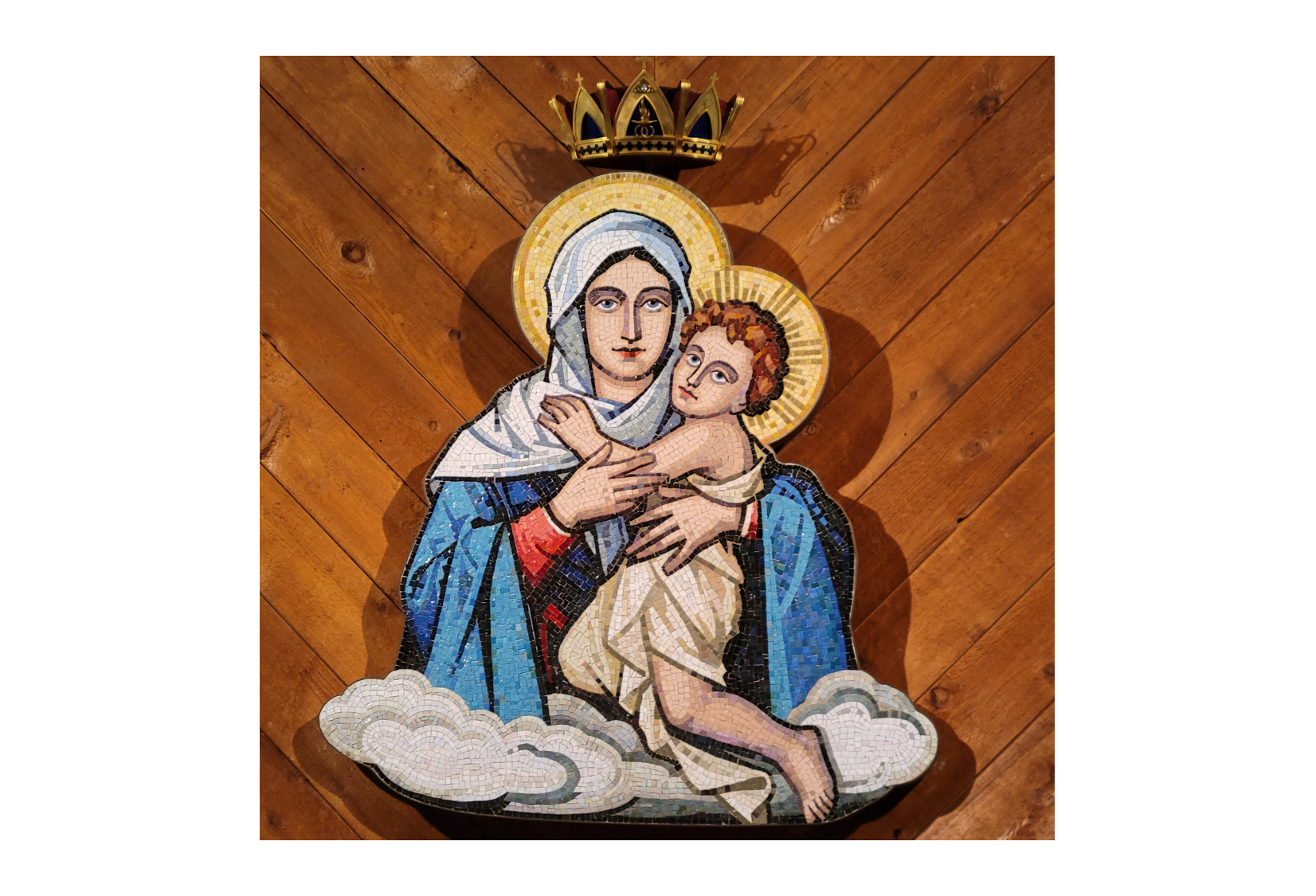 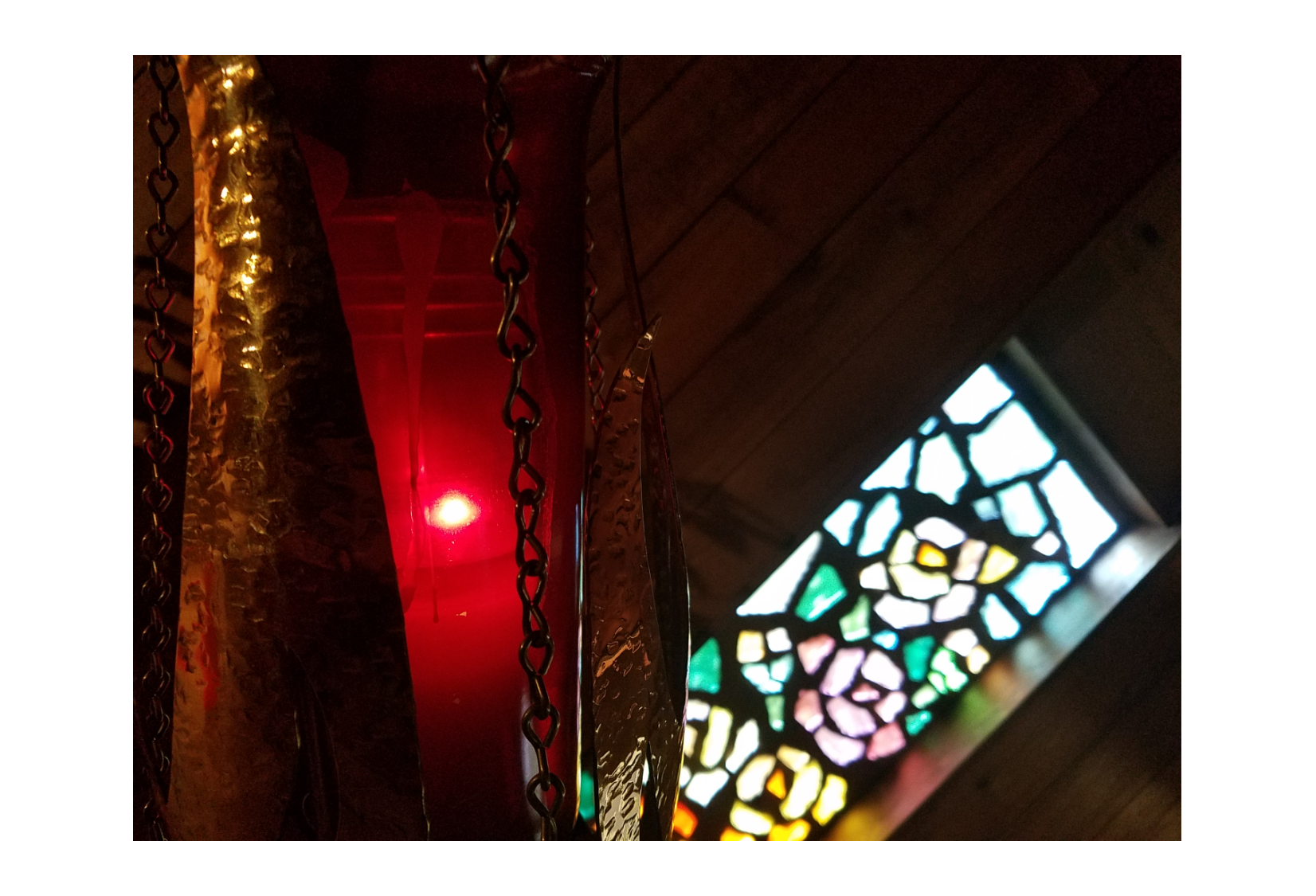 Also in retirement, Joannes continued to create and to selflessly assist at the Schoenstatt International Center in any manner he could. He daily drew a religious symbol on a little card, helped to beautify the grounds here at the center, and even prepared vegetables for the large kitchens.

Much more than the work of art, we owe to Johannes his loyalty to our founder, to the MTA, and his patient endurance of suffering and everyday life inconveniences. He was a vivid model of the everyday saint. The name of his home shrine is an eloquent proof of the treasure he carried deep in his heart: Consolatrix Afflictorum. Consolation of the Afflicted. Our Covenant Queen, whom he honored and portrayed in all her purity and glory now receives Johannes into heaven.

We are grateful that God chose Johannes to come to the USA and leave us a rich legacy of art and eloquent displays of our Schoenstatt world! Thank you, Johannes! 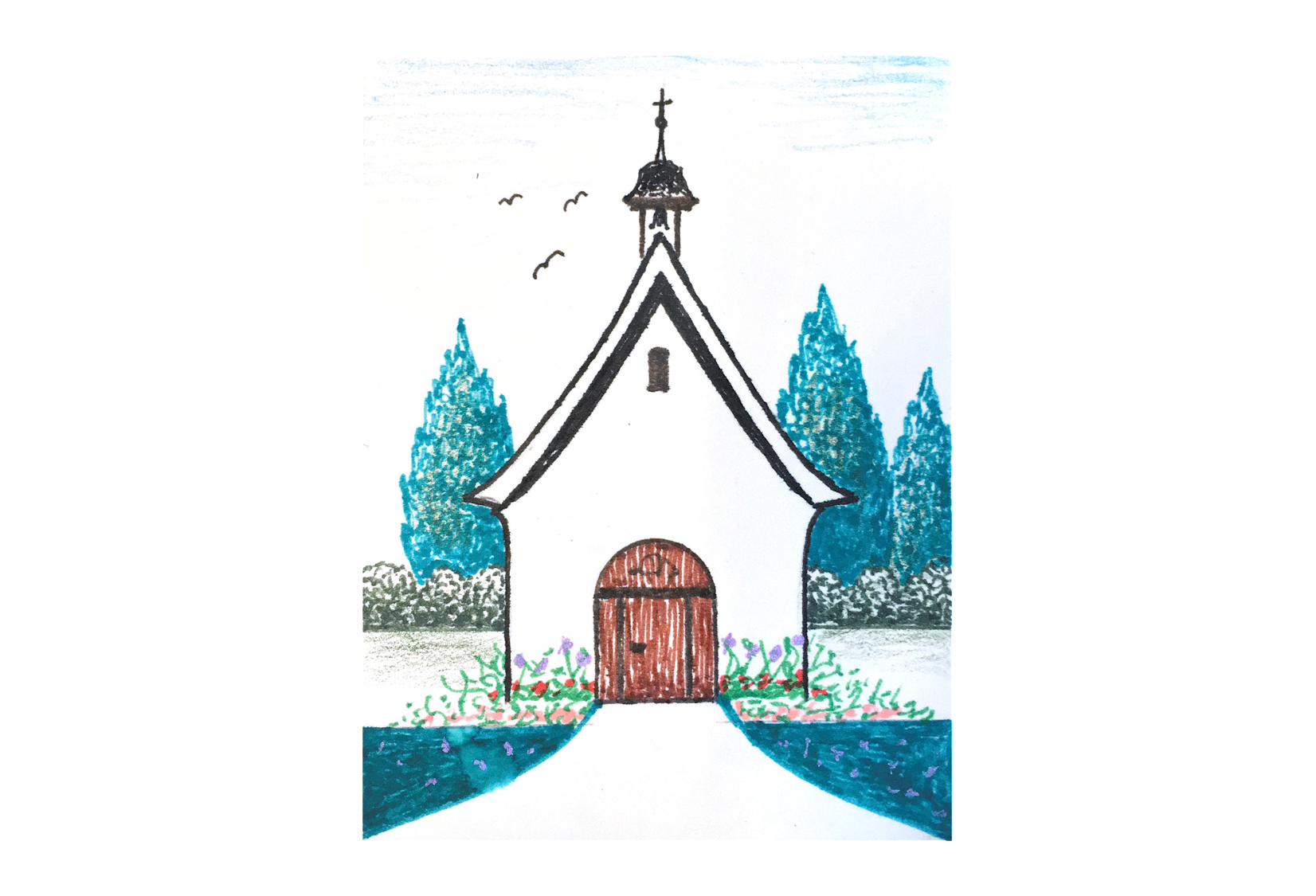