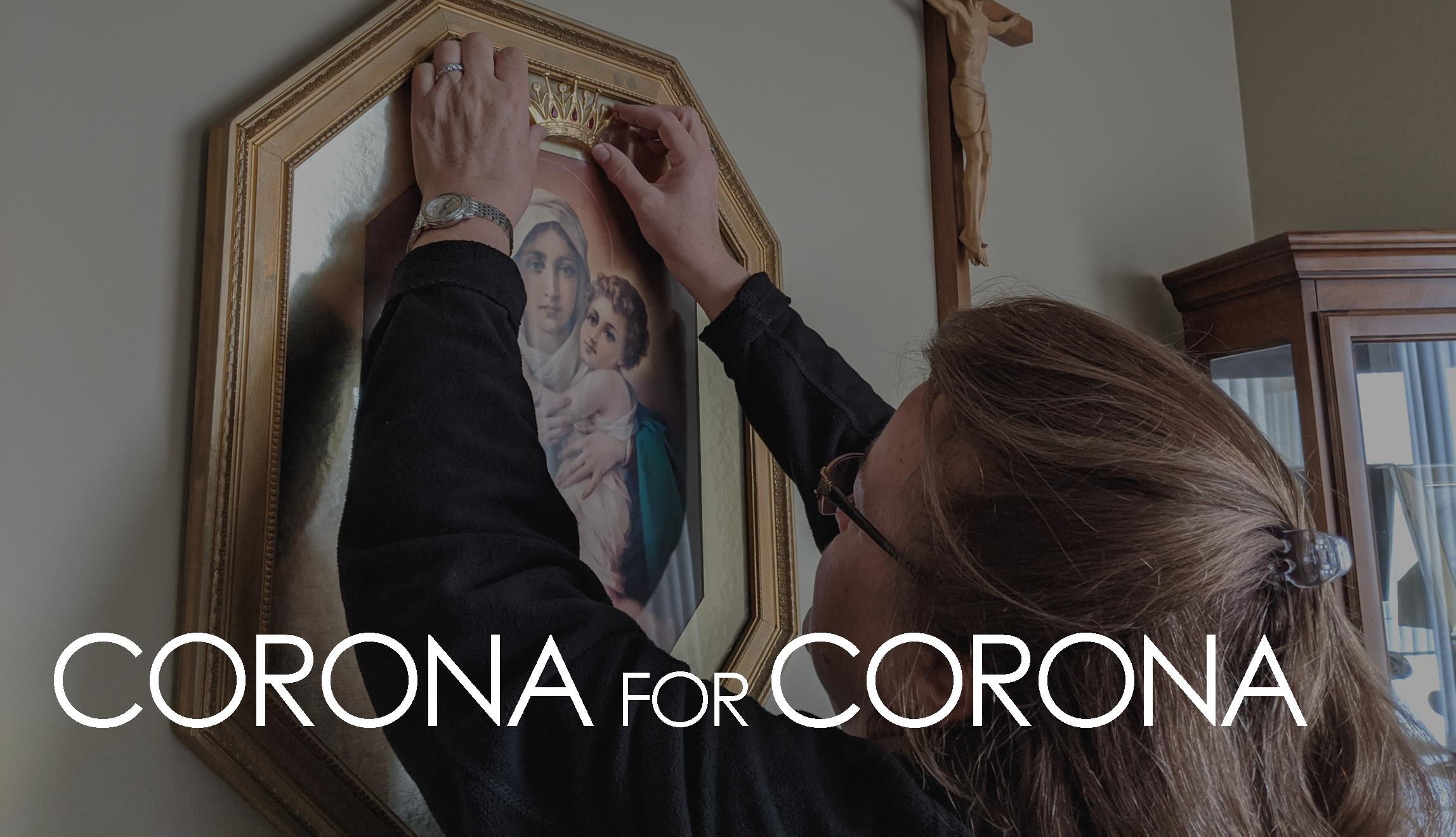 The MTA Holds Her Scepter for Seventy-five Years

“On March 25, everyone is invited to (re)crown their MTA picture in their home shrine. In preparation for this simple act, please join in praying Hold the Scepter In Your Hand!

Seventy-five years ago, in March 1945, the American troops had begun to win over German territory during WWII. The danger of cross-fire between the two forces was in sight. Father Kentenich heard that the troops were heading toward Vallendar, where the valley of Schoenstatt is found. He had also heard rumors that Schoenstatt had been depopulated and that the sisters had fled. In the midst of this threat and as a petition for protection over the Schoenstatt land, Father Kentenich composed the following prayer as a novena in preparation for the feast of the Annunciation: Hold the Scepter In Your Hand. At that time, this prayer was meant to be a petition to the MTA that the Original Shrine would not suffer damage and that the communities established in Schoenstatt would remain unharmed. This prayer can also be seen as a statement of thanksgiving in advance. Father Kentenich’s conviction was that if the American troops moved into Vallendar, Schoenstatt would be safe.

Today, we can pray this prayer in order to ask the Blessed Mother to protect her Schoenstatt land all over the world. What the Original Shrine was at that time is the network of shrines in our day. The daughter shrines, home shrines, and heart shrines should be protected by our MTA from her throne of grace.

In this powerful prayer, Father Kentenich uses moving language and images. By placing Mary over the whole land in her intercessory power with a scepter in her hand, she is meant to protect and guard the life that has developed in and from the shrine. No earthly power withstands Mary’s intercessory action over all human designs. Mary can conquer all of God’s enemies.

This prayer is found in the prayer book of Heavenwards, a compilation of several prayers composed by Father Kentenich in the concentration camp of Dachau. When we pray it, we can think of the ungodly powers that threaten to weaken our faith. A brand new world that pleases our Heavenly Father should come forth from the network of shrines (daughter shrines, home shrines, and heart shrines). The woman who crushes the head of the serpent ought to come forth once again so that God—that Christ may continue to reign.

Schoenstatt’s task is to open the way for Mary. We give her a place of honor—her favorite place. She in turn leads us to a life of sanctity in the midst of the working day. In order to have full influence over the hearts of those who consecrate themselves to her and join this network of shrines, Mary gives us special graces. She makes the covenant with us and makes us her children. She conquers us with her motherly love. Mary brings the Holy Spirit who transforms us and shapes us into reflections of Christ. Finally, Mary also intercedes for us the spirit of the apostles. Without that, the new world that is meant to come about through the network of shrines, in our times, cannot become fire of Christ’s fire, a sea of flames that burns for the Trinity.

Today, we face a global crisis that compels us to apply gentle force upon our Mother and Queen. Already in Dachau Father Kentenich taught all Schoenstatt children to crown the Blessed Mother in times like these. In the coming days, we are invited to pray this prayer as we prepare for the feast of the Annunciation. Each one in his or her home shrine can (re)crown the Blessed Mother. We offer her a crown (corona) in petition for the victims and all disruption caused by the coronavirus. Corona for corona!She can bring about a brand new world out of a deeply injured humanity. We petition the MTA to glorify herself through home shrines and heart shrines. Our part is to give witness to her power in the world during this time of crisis, through our faith and obedience. May Mary also help us find our way back to God as, together, we face an overwhelming challenge. As Health of the Sick, Comfort of the Afflicted, and Refuge of Sinners, may our Mother and Queen take into her care and protection the many who are affected.

On March 25, everyone is invited to (re)crown their MTA picture in their home shrine. In preparation for this simple act, please join in praying Hold the Scepter In Your Hand!

HOLD THE SCEPTER IN YOUR HAND

Hold the scepter in your hand;

There you alone are Queen;

cause every foe to flee.

Create a paradise for yourself there

and hold the dragon at bay.

Woman of the Sun, step forth with light

and ascend to the heights of the noonday sky.

Build from here a world

which is pleasing to the Father,

as our Savior once implored

so longingly in prayer.

May love ever reign there

together with truth and justice

and a unity which does not become

nor lead to inner slavery.

in the dark and stormy night.

and stand in admiration before you,

so that it speak your name with love,

profess loyalty to your kingdom,

and victoriously defeat every foe.

a stronghold of apostolic spirit,

a leader on the way to holy battle,

a source of everyday sanctity,

a firebrand glowing for Christ,

until the world, a sea of flames,

burns to the glory of the Trinity.  Amen.