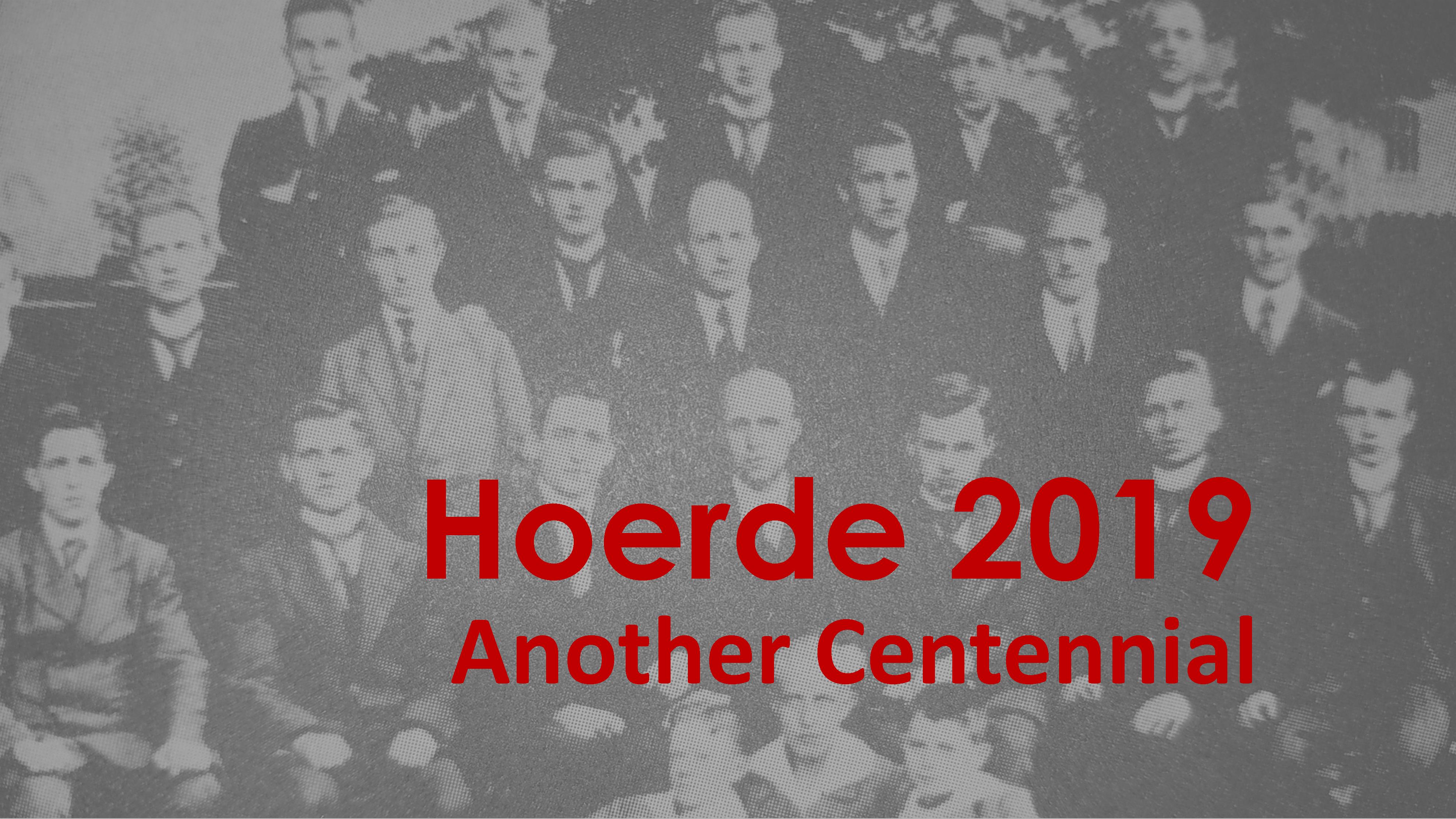 On August 20, 2019, we celebrate 100 years of the conference in Hoerde. How significant it is for us? In the text New Vision and Life, which he wrote in 1986, Father Jonathan Niehaus answers our question.

The conference in Hoerde is so important that we must pause and reflect a bit. In one sense, the Apostolic Federation it created was a spin-off of the Schoenstatt sodality. Without the war, this sodality would not have had so many opportunities to win over outsiders. It probably would have remained a single-school sodality, with perhaps a few area young men to fill out the ranks. But this would have been a far cry from the movement of renewal that actually came about.

Divine Providence evidently had a special plan in mind for this sodality, and when it took a new organizational shape in Hoerde, the new initiative not only faithfully captured the spirit of the Schoenstatt Sodality, but also placed it not merely in one school, but in the Church. At first small and hidden, Schoenstatt now took on the features of an ecclesial movement with its own identity. What had grown under the auspices of the Marian Sodality, under the catch-word “Ingolstadt,” was now to be known as the Apostolic Movement of Schoenstatt. And so Hoerde concludes the founding phase of the history of Schoenstatt.

If Hoerde was the close of one era, it was also the beginning of another, the era of the movement. New members would be won, and in the course of the years whole new branches would be added to form a Schoenstatt Family, all with roots in the decisions of Hoerde. To be sure, this seminal work was still subject to elaboration, maturing, and growth…

Through the Hoerde participants Schoenstatt declared its desire and readiness to be a movement of Catholic renewal. Options had already been set: Schoenstatt would not be primarily a social justice movement or a political movement, but in the first place a movement of religious and moral renewal. The high demands of the Particular Examination and Spiritual Daily Order [which afterwards were taken up by the League and the Institutes became hallmarks of the Federation member’s commitment.] (Fr. Jonathan Niehaus, New Vision and Life, p. 196).

t the end of the war the young men who had learned about the Schoenstatt spirituality, but who did not belong to the school in Schoenstatt, had one question that burned in their hearts: “What now?” For Father Kentenich, God’s will was the main question. After the young men came back from the war in 1918, they needed to discern God’s plan for their sodality group. They, too, needed to know how to integrate their friends who did not belong to the seminary. Now was the time to find out whether the time Father Kentenich had invested in forming the students was meant to bear fruit in forming the apostolic federation they had proposed earlier in 1919. God had to show his will, the young men had to prove that they really wanted it, and Father Kentenich had to let the human cooperation finds its way into the divine. What did Father Kentenich do? In his words:

They gathered in Hoerde. They were all together. Who was missing? Me. Why? I sent them a telegram. ‘I cannot come.’ They were upset. What do we do? Should we all go home? Finally they decided, ‘We will show him that we can do it without him.’ That was exactly what I was looking for (Father J. Kentenich, 1959).