A Crown for our Mother Thrice Admirable, Queen of the Cenacle in Chile 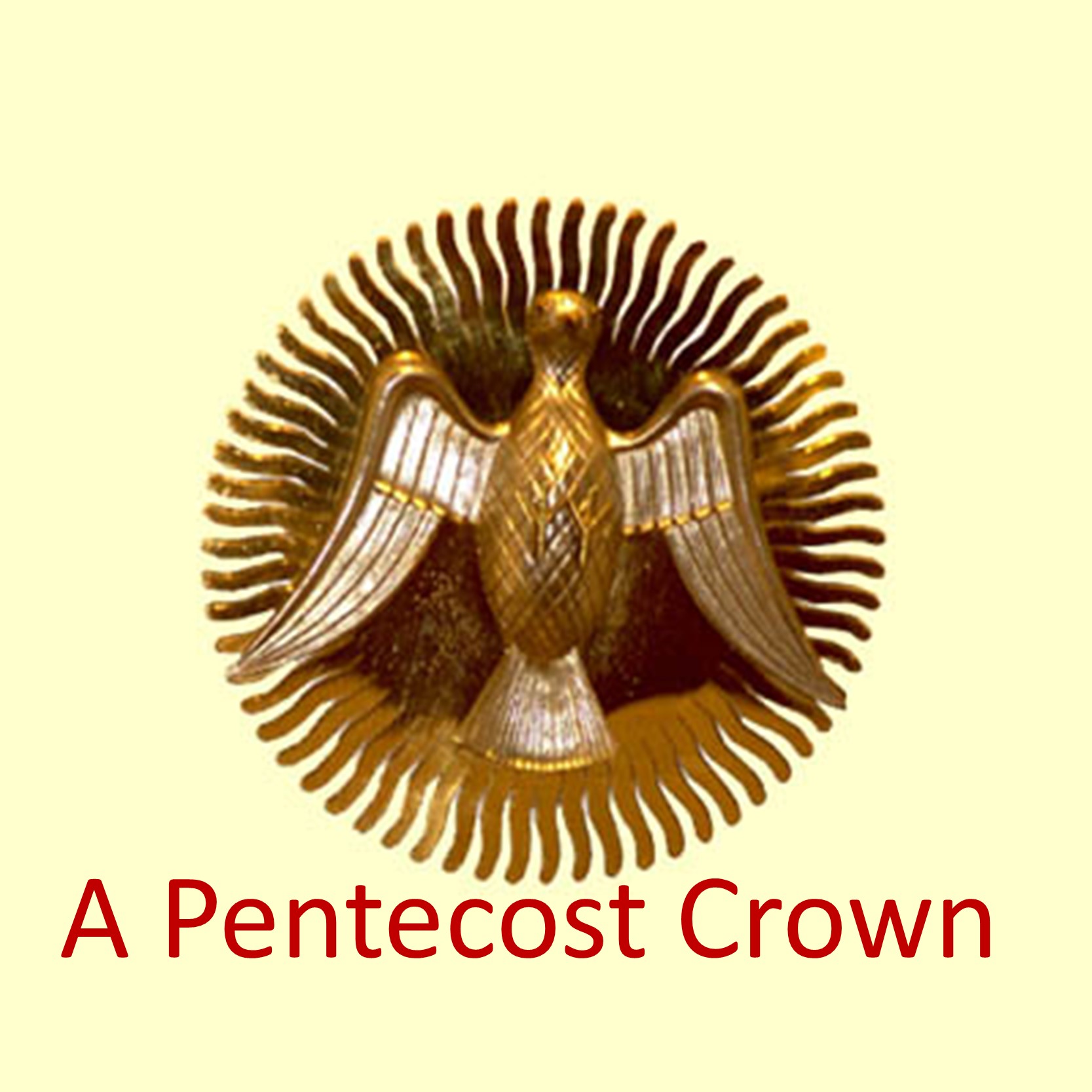 On May 20, 1949, our father and founder dedicated the first Schoenstatt Shrine on Chilean soil. He declared this place a Cenacle, a place, in the sense of our great Schoenstatt mission, where the Holy Spirit works in special way

During those days Father Kentenich focused his work in formulating a letter, meant as a response to the Auxiliary Bishop of Trier, Bishop Stein. Its purpose was to help the Church understand the mystery of Schoenstatt and in this way –through the strength of the covenant of love—conquer the newest times for the kingdom of God. He always offered his work to the Blessed Mother. This is why he endeavored to complete the first part of his response to the Bishop in such a way that he could still offer it to the Blessed Mother in the newly dedicated shrine, during the month of May. This is what took place on May 31, 1949 (Schoenstatt’s Third Milestone). The following are Father Kentenich’s words:

“The work was supposed to rest upon the altar through the night in petition to the Thrice Admirable Mother and Queen of Schoenstatt that she may truly manifest herself admirable in this particular event. She could not deny to us her special blessing and help in the difficult battles about to begin. She had prepared us for several years already to face these hours. Now I saw myself obliged to set out after long reflections and much prayer and sacrifice. May the Blessed Mother bring about from here not only a stream similar to the one there, but also a counter-current, contrary to the type of mentality reigning in the Western world, in the fatherland of the Original Shrine” (May 31, 1949).

Father Kentenich had the practice to take every important step in union with his spiritual children. In this case the representatives of the whole Schoenstatt Family were the Sisters. He told them:

“We have gathered here in the still of the night to solemnly present Our Lady with the work we have together written for her. I say it is a work we have written together. While I was writing day and night, you were in the background, imploring for me the Holy Spirit in our Cenacle. You did not tire of increasing your sacrifices for the same intention. Above all, you made every effort to seriously live the Inscriptio in your daily lives” (May 31, 1949).

Our father and founder was very much aware of the fact that he was taking this step in a Cenacle. The historical Cenacle is a place where the Holy Spirit breaks through with his fire and his strength. He comes down and creates a bond with our poverty and weakness—we who have received the mission to proclaim the gospel of Christ… The Cenacle was blessed on May 20, 1949. It is the place once again where the Holy Spirit breaks through in order to create a bond with us, with our poverty and weakness. It is the place where we have received the mission to proclaim the covenant of love with the MTA. It is the Holy Spirit who can give us faith in our mission. He gives us the certitude we need to trust that God has entrusted to Schoenstatt the mission which the MTA is meant to fulfill from her shrine. The Holy Spirit must unite himself to our helplessness. In his light and strength we become instruments in the hands of the MTA, capable of collaborating as heart of the Church in conquering the newest times.

On June 5, 1949, five days after May 31, the feast of Pentecost that year, Father Kentenich met with the Sisters in the afternoon in the unfinished shrine, to crown the Blessed Mother. Why did he crown her? The letter upon the altar of the Cenacle would bring about great and difficult tasks. The ship of the Family was meant to sail into the deep, and from here on, into the public arena, to project itself toward the Church and world. By taking this step he also recognized the challenge that lied ahead to: embrace, live, radiate, and bring to life the Schoenstatt mission at the service of the Church and world. This was the crusade of organic loving, living, and thinking–our mission to save the network of personal attachments (relationships) that lead us to God. The value of our collaboration and instrumentality [with God’s work] is at stake. This was a tangible expression of our covenant of love placed at the service of building a new social order.

The crowning manifested the helplessness he faced before the great task and mission entrusted to him and to Schoenstatt. At the same time, it also manifested the victoriousness of Christ and Mary. In gratitude for the shrine, the Sisters had prepared a crowning prayer in which they crowned the Blessed Mother as Queen of the Cenacle, Educatress of the Chilean People and Queen of the Difficulties Awaiting the Family. Father Kentenich gave the crown and scepter to the MTA while the Sisters prayed their prayer. Immediately following this act, Father interpreted the act… Suddenly and spontaneously, in a way that surprised those present, he knelt before the Queen and prayed his own crowning prayer. His words were simple and clear. He entrusted to the MTA the upcoming difficult battles with the Church authorities.

Father’s own words take us deeper into the meaning of this event:

“We started the day with a celebration. We would like to end it with one as well. … From here we expected the Holy Spirit with this miraculous power and strength for us, for the whole family and the world…

What does the crown tell us? The Blessed Mother reigns, she reigns here, she took the responsibility that the Shrine will be a Cenacle…  When we are in need, when we come and feel that we need to be transformed, then the only simple answer is always: Mater perfectam habebit curam! I keep reminding you of your responsibility.  So you have the responsibility for the formation and shaping of the new man I should embody, and for the new community we should be…

Don’t you think we should place that into the coronation? That is what I mean. That is why I have a sovereign calm in all situations. [The Blessed Mother] must do it after all. She shows her power the more helpless the instrument is… We believe and pray that the Mother of God will also accept the scepter and the crown” (June 5, 1949).

Today, over 70 years later, we look back and see how Divine Providence has guided us along the way of our Third Milestone.

More recently on January 18, 2018, on the last day of Pope Francis’ visit to Chile, unexpectedly this crown was stolen from the Cenacle Shrine in Bellavista, Chile. It was the same crown with which our father and founder crowned the MTA in 1949. This happened precisely during a painful Church crisis in Chile. Shortly after that, social upheaval broke out in 2019. The Schoenstatt Family in Chile has seen this event as a challenge to once again take upon itself, with humility and commitment, the mission entrusted to them, and bring the crown back to the queen. For the celebration of the feast of Pentecost on May 31. 2020, the Schoenstatt Family in Chile, has prepared to crown Mary once again. Just as Father Kentenich did in 1949, they will crown her as Queen of the Mission. The International Praesidium has invited the whole Schoenstatt Family to participate in this coronation.

Because this act is deeply connected to Schoenstatt’s Third Milestone, we believe that, here, in the Exile land of our father and founder, we are called to participate in a special way. The pandemic, which has shaken the whole world, gives greater significance to this coronation. It makes the crowning more timely than ever. All of us can recognize our helplessness and renew our trust in our queen. The world has changed. We do not know what the world will look like and how our lives will be lived from here on. We do know it will be different. And we also believe that Mary has a great task in bringing about a new world. She will help that a new way of thinking, a new organic lifestyle with solidarity should mark the new normal. In this intention we crown Mary as Queen of the Mission and we surrender to her as her instruments in the covenant of love, for her mission. By virtue of this hope, we believe that the MTA awaits for the Schoenstatt Family in the whole world to give her the crown anew. We are invited to join from home shrines, today, on May 31, at 3:00 PM, (Chilean time; 2:00 PM USA Central time) for the coronation that will take place in the Cenacle Shrine in Bellavista, Chile. All are invited to join us online.